Before I'd heard of organisational democracy, I made several early attempts to include the team in business decisions.

Walking to work one day, I thought "Wouldn't it be great if the team got free lunches? They could select a lunch from a range of options, and it would be delivered to the door, free!".

Excited about my great idea, I was baffled when I asked the team what they thought and found they did not share my excitement. They did not like the idea one bit. In retrospect, I realised I hadn't talked with the team about why I wanted to do this or what the benefits would be - I just asked them to make a decision.

Participation is not enough

Two years after the lunches debacle, I had another great idea to subsidise healthcare for the team.

In New Zealand, our public hospitals are free. However, if you need elective healthcare - if you have a condition that's not terminal and isn't impairing your quality of life to a great extent - then you typically go on a waiting list. Which can take some time.

My thinking was "Wouldn't it be great to give the team the security of knowing that they could get their health issues sorted out quickly by providing subsidised private health insurance?".

This time, I tried a different approach that was more consultative. I grabbed an online consensus decision-making tool (Limeo), and I set out the question "Should the company pay for free healthcare for all employees?". After two weeks, only 20% of the organisation had engaged with the question. They'd decided it wasn't even interesting to them.

Since then, I'm always looking out for what is important to the team. A great opportunity is business strategy. We've done ours, together, for the last seven years, but the process has evolved over the last four as we've become more democratic.

Once a year we take one or two days to determine our strategy for the short to medium term. We look at our purpose and vision, and confirm that we still understand and support them as a group.

We have an ideas submission process set up two weeks before the meeting so that staff can contribute ideas for goals or initiatives. People vote on them. We discuss the top five ideas at the strategy meeting and vote again. The top two or three become our goals for the following year and beyond (often, they're multi‑year goals).

The strategy process has changed the business significantly. For instance, on the application development side, we no longer produce content‑managed websites for clients, because nobody liked working on content-managed websites.

At the time, content-managed websites made up 30-40% of our business. Taking a freedom-centered mindset rather than a fear-centered mindset, we identified our competitors who were providing good service, shifted our clients to them, and carried on. We changed the organisation to create meaningful work that our people wanted to do. It was a bit scary, but it's going OK so far.

Voting on things that matter

Decisions about "the things that matter" crop up outside the formal strategy process, of course. Here's an example of something we hadn't canvassed in a strategy session, and it's also an example of how we we go about voting.

For the first time, we had the opportunity to pitch for a project in another country. I felt we couldn't make a commitment on behalf of the team when it was going to affect how they worked, where they worked and their work‑life balance. The team needed the chance to have a voice and a choice in the work they would be doing.

I got the team together and outlined the project, the impact on the company if we got it and the potential pitfalls. We had a quick discussion - only about 20 minutes - and put it to a vote.

We vote using 'fist to five'. Five is "I completely agree and I don't need any more discussion"; 4 is "I agree, but I wouldn't mind discussing it more"; 3 is "I'm on the fence"; 2 is "I don't agree, but I'm happy to discuss it"; and 1 is "I'm strongly opposed and don't really want to discuss it".

Everyone voted 4 or 5. We discussed the issues of those who couldn't quite fully commit. We had another vote in an effort to get consensus (though having the conversation is more important than reaching consensus necessarily). We were still at 4s and 5s, and so we pitched for the work.

As an aside, when I talk to people about organisational democracy, they sometimes imagine we vote on everything, and of course that's not the case. It's just as important to be clear about the things that don't require participation from the whole team and that can be handled by your management team, who do the day-to-day work of representing the organisation's interests. 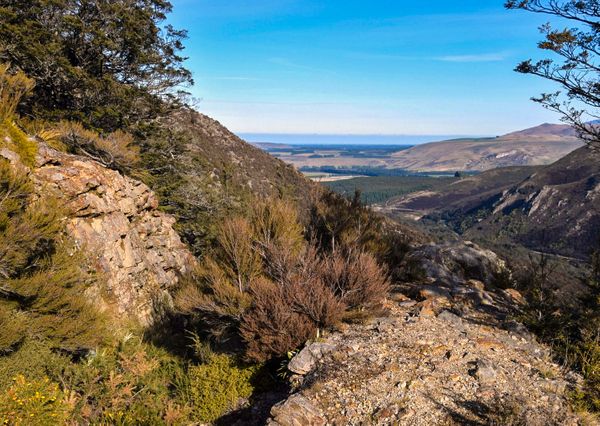 I clearly remember a meeting I had with a large government agency three years ago. I was explaining how we approached software development, and this was met with considerable resistance