To shed some light on organisational democracy, it's relationship with Agile, and how it works in our business, in the next few posts I will address:

Why care about organisational democracy?

Around the world organisations are looking for better ways to engage staff and grow positive cultures. Agile looks at the team and individual level, but there's often a disconnect at the organisational level. Organisations frequently struggle to support Agile teams. Servant leadership - the predominant model we have for supporting Agile teams - is a solid foundation, but it's only part of the equation.

Being democratic is not as simple as voting. It's about finding out what we need as an organisation and what's important to our team so that we can decide what work to do and how to do it together. Organisational democracy teaches leaders to work with human nature rather than against it. Instead of forcing staff to do the work the organisation needs, it's about developing the mechanisms to give them an authentic voice at all levels of your operation so that they want to do the work that needs to get done. As happened to me, you may even find yourself changing the organisation to leverage the motivations of your team.

What democracy has meant for me and my business

Since we've embarked on becoming democratic, Boost has become much more resilient. The team is and has always been self‑organising and self‑managing, but now they operate in a way that's more holistic and that encompasses the whole business rather than just the work each individual is doing. Our teams are more stable, and people are happier. The management team is able to focus more on the strategic side of the business and far less on the operational side.

As the owner of Boost, I've been able to design my role in a way that meets my needs.

In 2013, our major client, the New Zealand Government, decided they wanted to stop spending money. In around May each year, the phone would typically ring constantly with calls from our clients wanting to spend significant money to empty their budgets before the end of their financial year. In 2013, for the first time in 13 years this didn't happen, and we saw an instant reduction in our income of around 30%.

At the same time, I was thinking about what I wanted from my relationship with my family and how I wanted to live and work. I thought, "What would I do if I wasn't afraid?", and so I shifted 600 miles away from the business, which was in the capital city of New Zealand, to a mountain town in a different island.

Not the traditional thing you'd do when your business is going through a cash-flow crisis! Moving meant I was in the office less and gave the staff a chance to grow. They stepped up and formed an approach to sales that's diffused through the organisation rather than being concentrated with me and a couple of others. We filled that 30% reduction in income in the first four or five months with work from a completely new sector.

Now, I live in Queenstown, which is my idea of paradise. 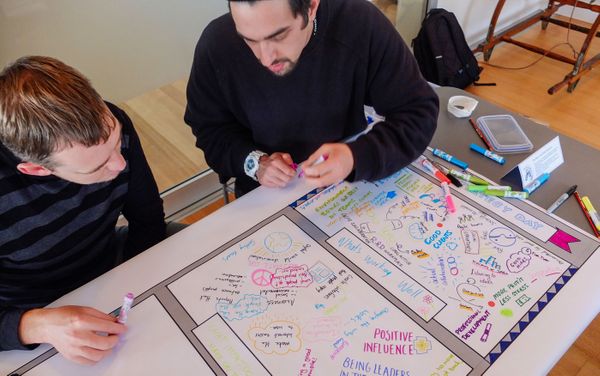 In his follow up to Why do managers hate Agile Steve Denning hits a real nerve for me. Introducing "A Copernican revolution in management" he draws us into the bigger picture, reorganising our economy around creativity. Well worth a read! http://www.